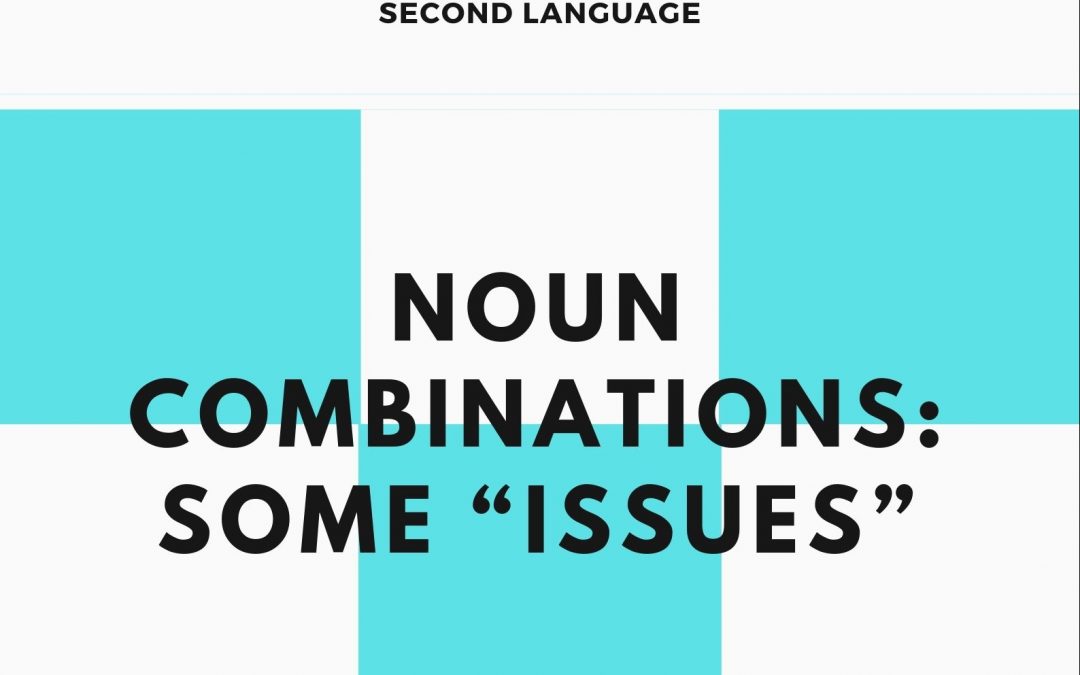 How you do a noun combinations? Here you have some «issues».

If you ever make mistakes using noun combinations like “training courses” in your business English, read on for a guide to the dangers and how to avoid them.

“Noun + Noun” combinations like “business development” are a relatively simple way to condense a lot of information into a few words, but… This is English, so of course, the program comes with a few bugs.

First, if you’re not a native speaker, the word order in a combination can cause confusion. A bench test is a test that you do on a test bench, which is a type of bench. The last noun is always the real one, with anything that precedes it acting like an adjective to describe things like its function or location. For speaking, it might be better to say something like “measures for the detection of cocaine” if you feel uncomfortable starting a sentence with “I was impressed by the cocaine… (…detection measures)”.

The next problem your spellchecker may find is an overuse of the letter “S” to denote plurals. You might have several rooms for meetings about complaints from customers. There are four concepts and all of them are plural, but when you stack them together in reverse order to form a combination, customer complaint meeting rooms, only the last noun keeps its plural “S”. Again, this is because “rooms” is the only real noun. The others have now been recategorized as adjectives in the English mind, so for us, adding an “S” to describe rooms as “meetingS rooms” would be as weird as calling them “smallS, uncomfortableS rooms”.

Even after you start to master combinations, there are times when you still have to use prepositions. They show gravity and respect: the Tower of London would never attract so many tourists if it was rebranded as the London Tower and I’ve never heard anyone refer to their bosses as the Director Board.

More importantly, we don’t like combinations when nouns are used to represent quantities. If you manufacture cans for beer, its fine to call them beer cans because your focus is on cans and the fact that they’re for beer is just a characteristic. If you drink cans of beer, on the other hand, your focus is on the beer and the “can” part is there to tell you roughly how much (half a litre or so).

Combinations are cool, catchy and compact, but when in doubt, it’s probably best to avoid them and link nouns together using prepositions in a way that’s more logical for you and many other people in your meeting. If you’re happier saying “a system for quality” than “a quality system”, go ahead. It’s highly unlikely that any native will notice, much less comment.