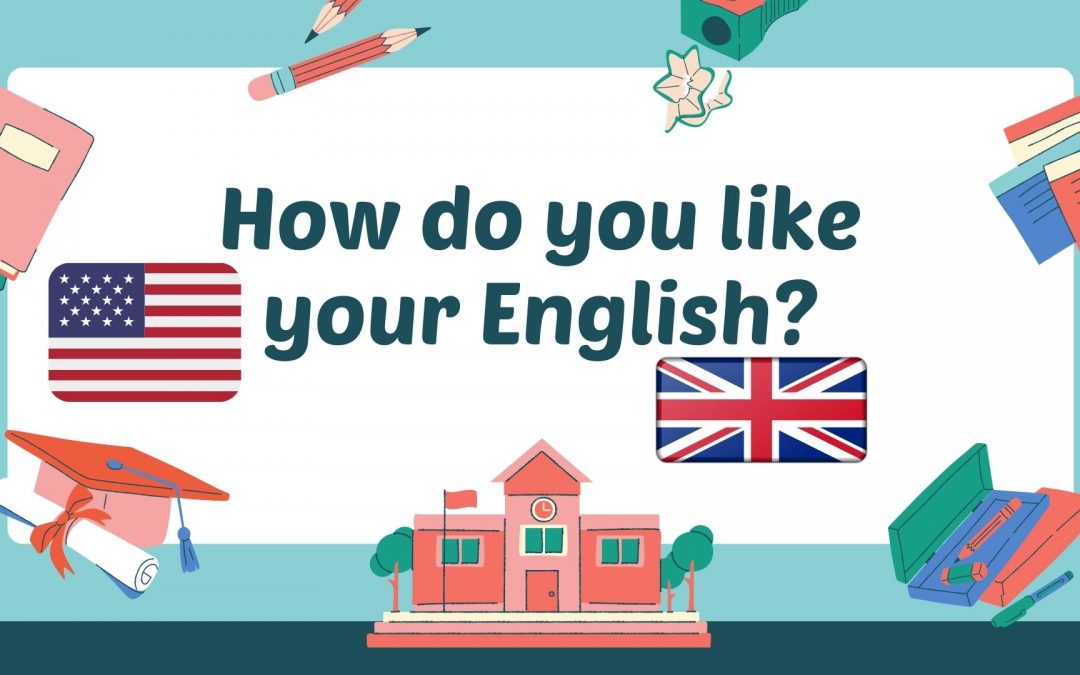 When I was a kid growing up in 1970s England, I never really had any concept of “American English”. I decided that the candy I saw advertised in Marvel comics was just another of those cool American things (like “sea-monkeys”) that weren’t available in lesser countries and if the truck that Clint and his monkey drove in the films looked quite similar to a British lorry, I was processing too much other vehicle vocabulary at the time to make any connections.

Then at some point in an English child’s development, we hear that song about how to pronounce tomato (Americans pronounce it like a cousin of potato while Brits extend the ‘a’ sound, as in Spanish a tomar…). We learn that the small differences between UK and US English provide great entertainment to both nationalities and we have to defend them to the death (if only because of their value for business small-talk). We correct foreigners who use forms and pronunciations from the “other” English and can always tell you why ours is the best.

Coming from England, I can say that my English wins because it’s the “original” version, but frankly, this is a crap argument. I’ve heard that the first people to make beer lived in ancient Mesopotamia but you won’t find many English brewers admitting they can never make it quite as good as the Iraqis…

Evolution and progress are good things, and many of the adjustments that have appeared in US English have clear benefits over the prototype.

First, there are the spellings. The Americans have at least tried to make some small improvements to the chaotic relationship between sound and spelling in English and it’s hard to disagree that their donut and maneuver aren’t more logical than the Brits’ doughnut or manoeuvre.

As mentioned in another blog, they’re also working hard to eliminate the horrors of the present perfect tense for my students, which has to be a good thing. Even the (few) vocabulary changes often make sense: sidewalk and pacifier both give more information than their UK equivalents, even if the latter sounds a little sinister. There are limits, of course. How the Americans can think that you enter a building on the FIRST floor is still beyond me.

The truth is that the differences between UK and US, Australian or all the other types of English are not significant and, with globalisation, they’re getting less so each day. It would be nice to think that we’re moving towards an accepted “standard English” for business communication, but in the meantime, it doesn’t really matter where your teacher comes from or what series you watch to practise.

Most of what you learn will be useful (depending on the teacher/series, obviously), but you’ll always find some idiot native in a teleconference who uses an expression or an accent that confuses you at a crucial moment. Has it occurred to you that they might be doing it deliberately?