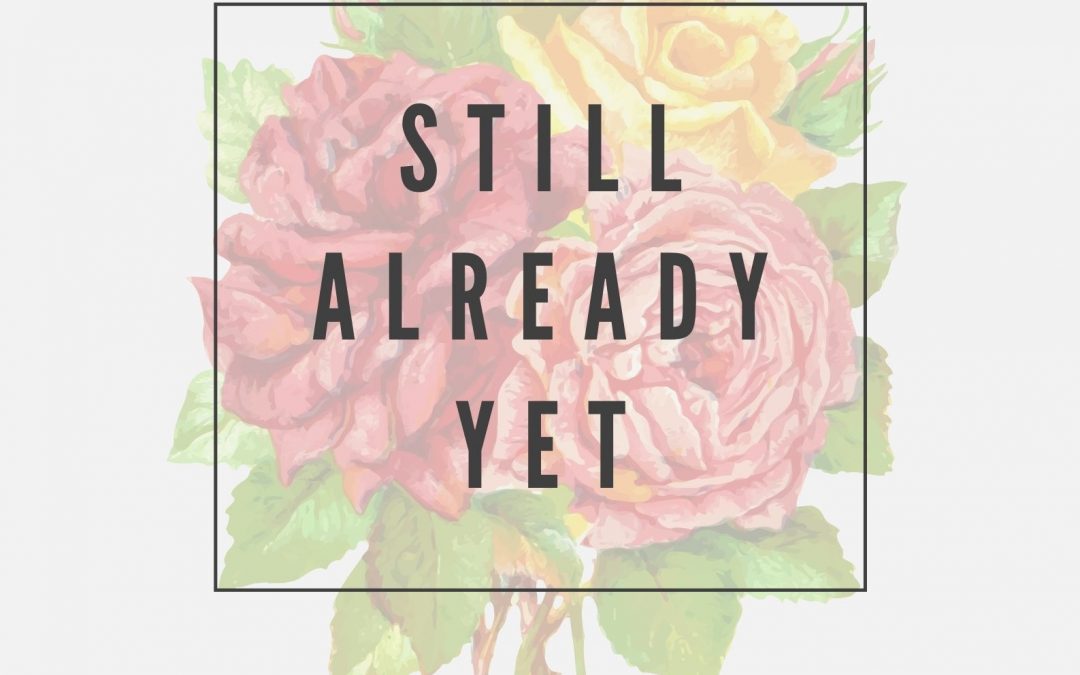 STILL, YET and ALREADY

Last time, I shared my misgivings about the slippery present perfect tense in English. As if it wasn’t bad enough alone, this tense also provides a favourable habitat for three of our most exotic and user-hostile adverbs: still, yet and already.

These words are notoriously hard to translate or use with confidence for adult learners. They refer to the time immediately around now and give or request updates on the status of activities at that point.  “Has he read it yet?” means “Is the act of reading completed now?”. The problem is that “Has he read it already?” means the same, but with a different emphasis, expressing surprise that the completion happened faster than expected. These emotional nuances mean that there are tricks and rules for using the words. yet is rarely used in affirmative sentences whereas already doesn’t make much sense with negatives. If it HASN’T happened before you expected, you’re not surprised, right…? Then there’s the position. It’s never easy to position adverbs correctly in English but still, yet and already are in a league of their own. They’re nasty little words that are hard to use perfectly, but I’ll try to clear away some of the complications and offer some practical tips.

Both yet and already are interested in change, the point when an action moves from pending to completed. still, by contrast, isn’t going anywhere. It can be used for affirmatives (“I still love you”), questions (“Will you still need me?) or negatives (“I still haven’t found what I’m looking for”) and it focuses on continuity (it can often be translated using a ‘continue’ verb like seguir in Spanish). Unusually, it goes in front of a negative auxiliary (“I still don’t know”) because you want to say that you “continue not knowing”, not that you used to know but have now forgotten. That’s different, and that takes us to the missing fourth member of the team, not any more.

But… NOT ANY MORE

If you simplify a little and say that yet (something expected is pending) and already (something expected has happened) are opposites, the phrase not… any more works as the opposite of still, e.g. “I still run but I don’t swim any more”.  This little phrase is often overlooked in textbooks. You can probably think of two or three sentences about yourself like the one above and it’s worth practising.

For those who don’t have the time or for lazy learners like me, the easiest route is to link them to translations in your own language and follow that consistently, without worrying too much about the position. You might sound a bit odd in a few situations, but they won’t be many and people will usually understand anyway. If you say that still is todavía in Spanish or encore in French, you won’t go too far wrong.