Present Perfect: Tense of the Living Past 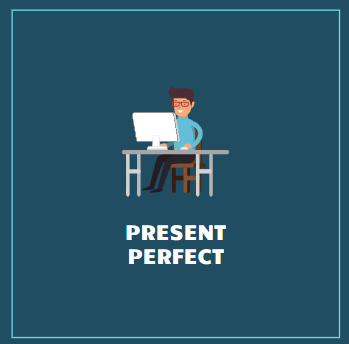 Perhaps unsurprisingly, English grammar is quite punctual. Tenses are used fairly consistently to separate past from present and although we never got round to inventing future tenses, we manage with will. Unlike some other languages, the rules are pretty rigid in English. We theoretically accept the use of a ‘historic present’ to make past events more vivid, but it’s not common and you have to be good to do it well (you won’t find much better than a Damon Runyon story: https://hackneybooks.co.uk/books/88/214/GentlemenTheKing.html)

The ‘simple’ past tense in English normally lives up to its name in that you just stick “ed” on the end of a verb to form it (I worked), but there are three other ‘aspects’, too. The past continuous (I was working) is for past activities or situations that were ongoing at a particular point in the past. This point is often fixed by a simple past verb in the same sentence, as in “I was working for the CIA when I met her”.

If you want to refer to something before this point you’ve fixed, you need a past perfect, simple for completed actions (“When I met her, she had killed ten men), or continuous for ongoing states (“She had been trying to kill me for weeks”). And that, folks, is that. There’s a basic past with simple and continuous forms, a past perfect with corresponding forms and little else apart from used to, which we use to fill some of the gaps created by not having an ‘imperfect’ tense like other languages.

So what the hell is a Present Perfect?

You might think I’ve forgotten something here, but that’s the problem with the English present perfect: as the name, suggests, it’s a present tense, not a past one. Textbooks will tell you that we use it for past actions that continue now, for recent actions, and to recount our experiences, but basically, we’re always using the past to say something that’s relevant now. When we say “I’ve just arrived”, it normally means “give me some time to have a coffee, please” and when we tell you “I’ve been to London often”, we’re trying to convince you that you can trust the opinion you’re about to hear. Present perfect actions are not really dead, they’re the living past because they still have an impact in the present.

What this means is that natives choose present perfect instead of past largely on the basis of instinct. It depends whether we’re just telling a story (most of the time, use the past) or using the past to make a point now (present perfect). It’s highly subjective and hard to explain to speakers of others languages, whose equivalent verb tense is clearly reserved for the recent past and who find something like “I saw her a second ago” a bit odd.

In two weeks, I promise to give my best advice on how to get through (or get round) this mess and even suggest a link between the present perfect and that annoying little “apostrophe-S” thing we use to show ownership.