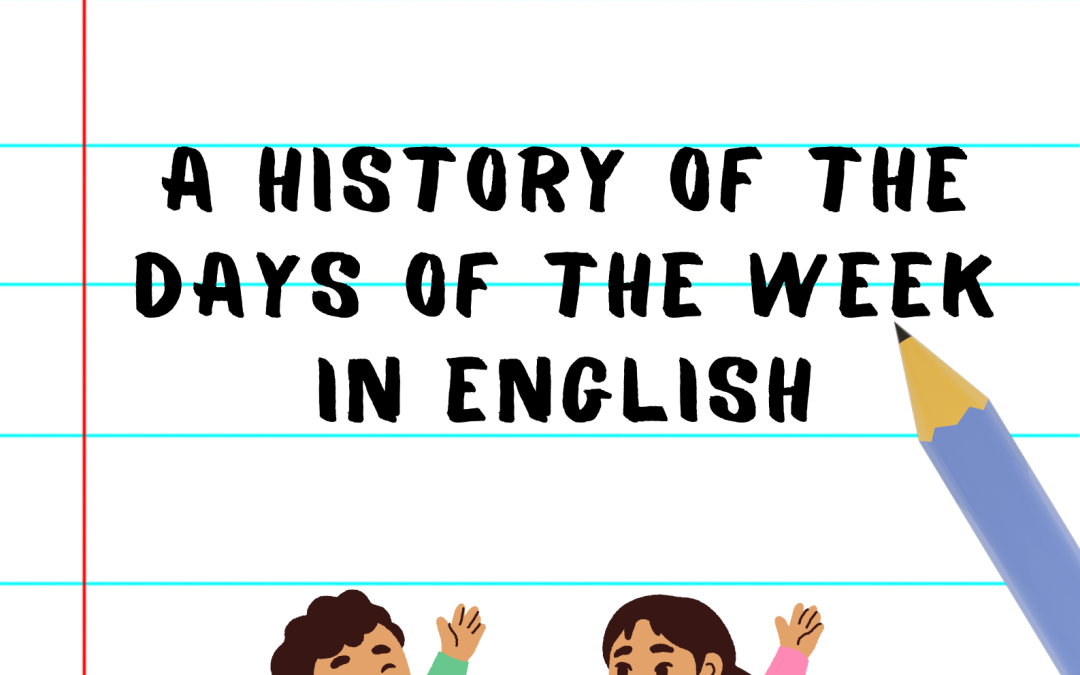 A History of the Days of the Week in English

(And how to pronounce them)

When it came to calendar stuff, Germanic people generally copied the Romans, who named their days of the week after gods or planets. The traditional first day was given the name of the most important planet and after a bit of Saxonification, this became Sunday. It’s probably one of the first words non-natives learn in English, whether from a teacher or from bloody Bono, and its stressed first syllable is pronounced with the hard English “u” that sounds a bit like an “a”. That’s why the dessert that used to be sold on this day are called a sundae but sounds like a sandy to Spanish speakers.

The same process produced Monday, and after generations of kids reciting it immediately after the easier-to-say Sunday, its pronunciation morphed from Moon-day into Mun-day to rhyme with its cooler sister. Saturday survived with its Latin spelling almost intact because the Germans couldn’t find an equivalent for Saturn in their own list of gods, but after years of erosion, it sounds more like Sata-day.

The trick for the remaining weekdays is to remember that they’re allocated to the Saxon equivalents of the same gods who probably run each day in your language. Tuesday,appropriately enough, belongs to the psycho war-god Tiu, a cousin of the Roman Mars. Remembering that it was originally Tiu’s day might help with the pronunciation, or you could just think of it as Choose-day.

It’s easy to confuse Tiu with another muscle-bound meat-head, but Thursday, or Thor’s day, belongs to the god of thunder who hangs out with the Avengers and is linked to the Roman Jupiter or Jove. In conversation, it sounds a lot like the adjective thirsty, which may explain why you often have this sensation at the end of the day.

Wednesday used to be Woden’s day, after the Saxon version of the Vikings’ Odin, the father of Thor and a pretty serious player in the divine organigram. It’s ironic, then, that his name has been the worst-mutilated by English speakers over the years and it now sounds like When’s-day (as in: When’s your birthday?).

Friday, of course, is dedicated to the love goddess, and the Saxon version of Venus was called Frig. Whether or not this has unfortunate links to the verb to frig in English, the thing to remember is that it sounds like an order to boost your cholesterol: Fry-day.