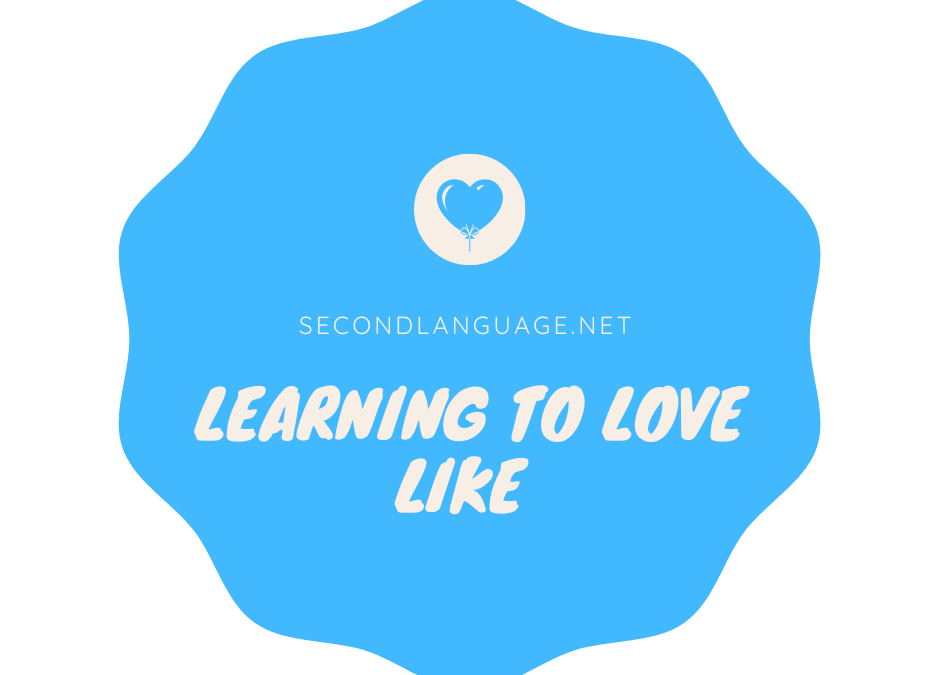 Do you know how to love Like? In recent blogs, I attacked the tricky differences between the verbs do and make, but there is another pair of problem children in the English language: AS and LIKE. They both correspond to one keyword in many languages, like como in Spanish or comme in French and it can be tricky to know which one you need to use. As with DO and its little friend MAKE, I recommend fixing one as your base option, and in this case, for me, it’s AS. If your textbook tells you that LIKE can’t be used as a conjunction in the phrase “Like I say…”, it’s out of date, but I still think AS is more flexible in a wider range of common uses. However, LIKE is a lovely linker too. It’s very useful for conversation and its meanings are quite specific and clear.

You can see the main meaning of LIKE in the sentence: Alligators are like crocodiles. Basically, alligators are similar to crocodiles in a way that they are not to other creatures. From most normal points of comparison, alligators are unlike squirrels, for example. This use of LIKE to describe things and actions by comparing them to other (known) references is very common in conversation. Someone might have a face like an angel, for example, but they might also drink like a fish. You might look like your father but sound like your mother, and anyone who thinks that margarine is like butter and that decaf tastes just like the real thing is clearly the type of person you want to avoid like the plague.

You might feel that one reference is not enough to full explain your point, so you will often find LIKE introducing a list of examples, like lions, tigers and bears. In this sense, LIKE is more or less a synonym of “including”, and it’s useful if you have to describe your job, your company or its activity. You might manufacture storage equipment like shelves, racks and brackets, for example, and you might then sell it to major customers like Acme and Monsters Inc. With these two (very common) uses, you can more or less say that you have LIKE covered. For other functions, you need its more flexible friend, AS, and that will be the topic of my next blog.