False Flans and other Traps in Restaurant English 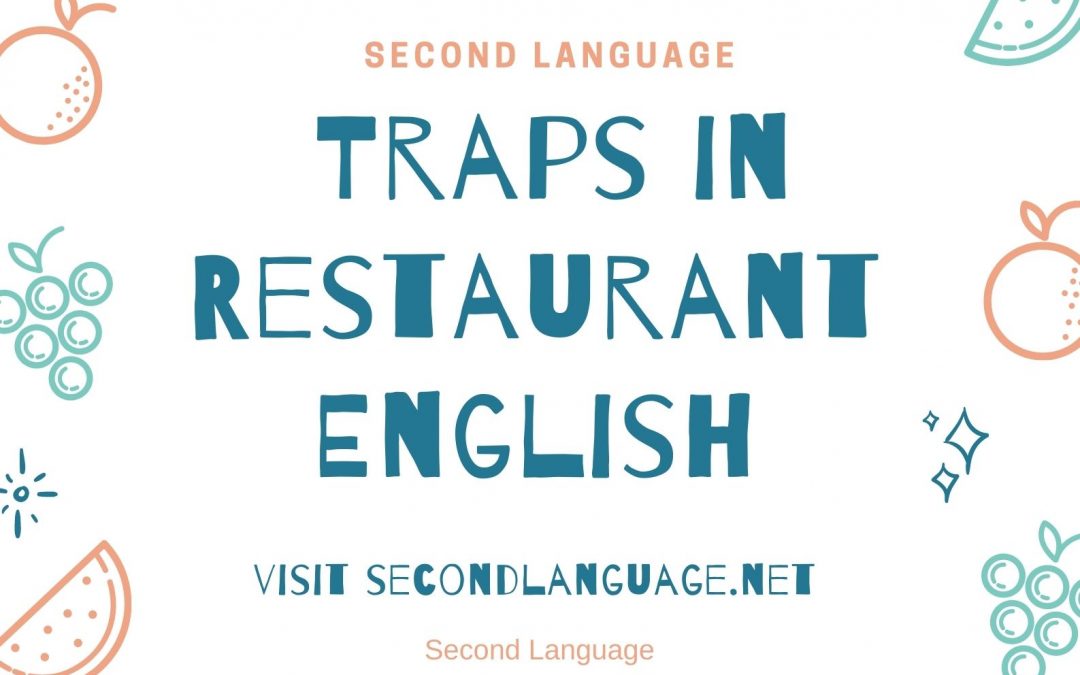 There are some traps in Restaurant English. I mentioned last time that you can always resort to your smartphone for the tricky English words on the menu at a business lunch (everyone does it, because no-one knows everything). However, you’ll often find that it’s the words you think you know that give you the biggest problems.

Be careful when ordering flan in a UK restaurant: it will probably come loaded with fruit and is basically a kind of tart. Don’t confuse grapes with grapefruits, which are similar to pomelos, and remember the difference between shortbread, a kind of buttery biscuit, and sweetbreads, which (logically) are meat from the throat or pancreas of a young animal. On that topic, remember that the word meat in English is non-specific. For sharks, we are meat, and if your restaurant uses only this word to describe the contents of a pie, you should be suspicious, especially if it’s located next to a barber’s shop. Spanish speakers in particular should take care with jam, which is made from fruit, and ham, a pork product which is a distant relation of your jamón.

The good news is that you can pronounce tomato pretty much how you like as long as you stress the second syllable, but the ‘A’ in potato has to rhyme with say. Stress the second syllable, too, when you ask for dessert, otherwise you’re evoking the Sahara. Remember that a steak on the grill sounds exactly like a stake in a project, and don’t pronounce the ‘L’ in salmon; we only put it there to play with your mind. Finally, make sure you know the difference between rare, which rhymes with wear and describes meat that is cooked just a little, and raw, rhyming with wore, for things that aren’t cooked or processed at all.

Last but not least

When you’re ordering the drinks, it’s more important to say pint correctly (it rhymes with ninety, if you cut the ‘Y’) than to differentiate your bears from your beers. The average British pub will have at least four types of beer on tap and a more brand-specific “A pint of XXXX, please” will save time and may stop the bar staff from talking to you as if you were an idiot.