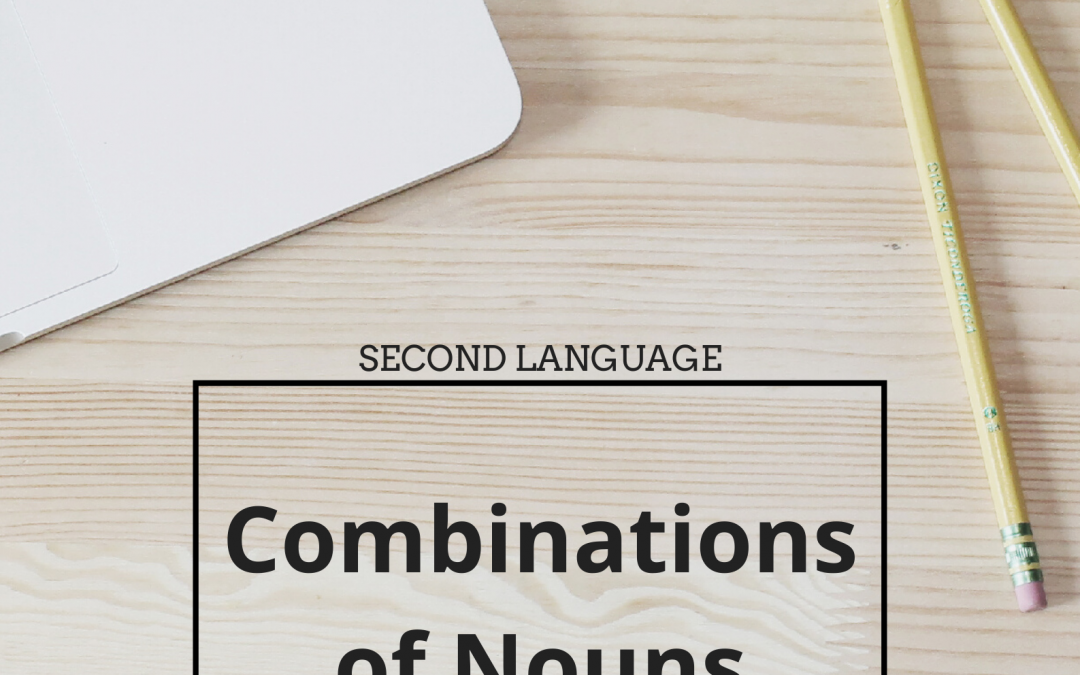 I’ve finally come to the last trick I know to cut the number of words you use in English. They’re called “Noun + Noun Combinations”, they’re flexible, and they’re useful in situations where you have to watch your wordcount. You’ll see them often in presentation slides, for example, because presentation slides uses a lot less space than slides for presentations.

Like many languages, English has both noun and adjective forms for countries, so you can talk about a company from Portugal or a Portuguese company. Unlike other languages, for anything smaller than a country, English gets bored of all this changing termination nonsense and just uses the noun form as an adjective too, so you might have London offices (not Londonese) or work at the Madrid facilities (never Madrilian, sorry….). Once you get used to this idea of using nouns as locator adjectives, you can apply it to other places apart from cities, so you sit on park benches and wash in hotel showers. Then, you forget the idea of location altogether and start using it with other nouns describing different characteristics, like material (plastic bags), function (safety equipment) or very commonly, brand (Microsoft updates).

Since adjectives can stack up in front of a noun to build long, complex, technical phrases, the same thing happens with “adjective nouns” and multiple combinations like Microsoft system update problems are common. If you ever have difficulty understanding one of these multi-word beasties, the trick is to remember that the only real noun is the last one. Find that and then go backwards, adding prepositions in your mind, so the above refers to problems with updates for systems of Microsoft, but essentially, they’re problems….

You can usually invent these combinations for yourself, especially in the condensed style of modern business correspondence, and they have the obvious advantage for non-natives that they eliminate a lot of prepositions, but like most things in English, they come with traps, defects and exceptions. There’s a world of difference between a barrel of whisky and a whisky barrel, for example, and I’ll be covering this and other curiosities in my next blog.