The Wonders of WHICH 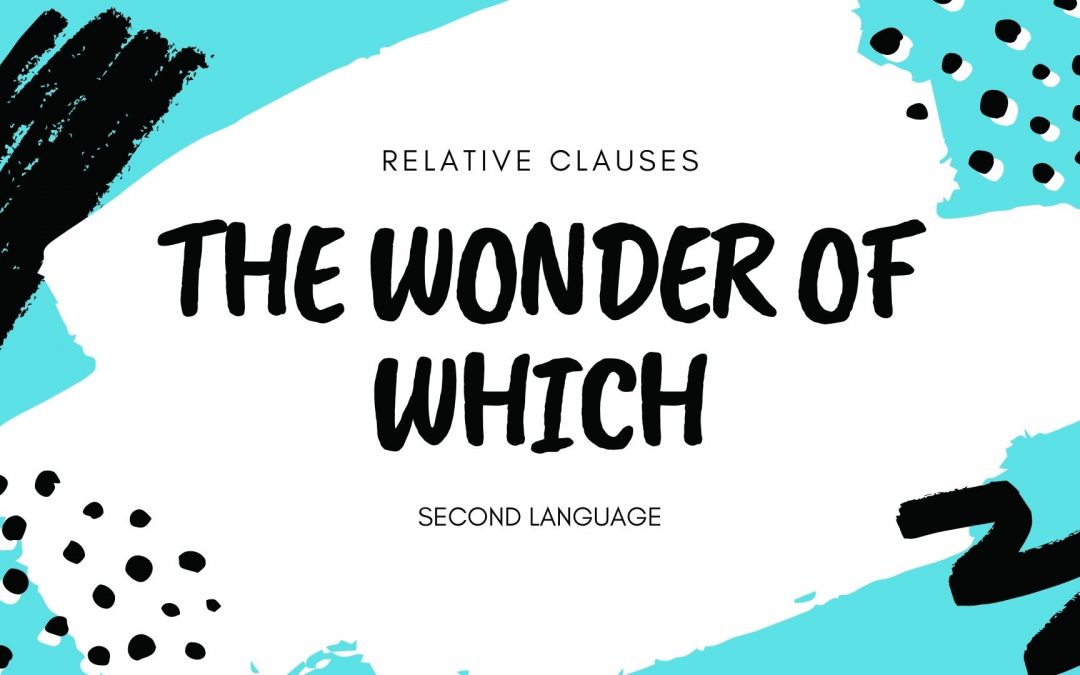 In my last blog, I tried to sort out the uses of THAT, WHO or WHICH for relative clauses in English. All three can be used to add more information about the people or things who, which or that we are speaking about, but whereas THAT is a little bit basic and needs to stick close to the noun that it refers to, WHO and especially WHICH are more adventurous. Like THAT, they are words which can be used inside the main sentence but they can also be stuck on at the end, after a comma, to give afterthoughts and clarifications, which is very useful when you’re speaking and thinking at the same time.

Unlike with THAT, the information provided by WHICH doesn’t have to be defining. It can be, if you need to give further clarification, but it can also add your opinion about what you’ve just said, as in the example at the end of the previous paragraph. It means something that, and something is a very flexible word. It can refer to a concrete thing, like a door, which you might want to describe for your listener to help them find it, or it can refer to the whole idea that you’ve just expressed, which is useful during meetings and other professional situations when you want to summarise, emphasise or show disdain for your previous message without pausing long enough to invite interruption.

WHICH functions a bit like a pair of brackets. It allows you to stick on extra information or thoughts once you’ve spoken your main idea and had to take a breath. You can use it multiple times in the same sentence, which you can expand by predicting consequences, which can be met by taking measures, all of which might well need to be discussed at a later date. WHICH is the friend of non-native speakers, teachers and others who have problems expressing themselves with clarity and precision.

WHICH also has to be kept apart from its distant cousin WHAT. WHAT is less subtle than WHICH; it’s fundamentally an interrogative word and it keeps this direct, in-your-face attitude even when it’s hiding in affirmative sentences. It attacks a specific idea in the sentence and is closer to THAT in that it stays inside the clause where it does it work. If WHICH is something that, WHAT is THE thing that, and often serves to drag THE thing in question to the front of the phrase. What this does is to emphasise THE thing and remind the listener that there is a question that needs answering, dammit!

With THAT, WHICH, WHO and WHAT, you should have the tools to make most kinds of relative clauses in English. Some textbooks will classify other ‘question’ words like WHY, WHERE and WHEN as relative pronouns, and if this helps you, great, but I don’t think it’s necessary. These words seem to translate pretty well into most languages and most people use them correctly without having to think about grammar, which is always a blessing when possible. If you’re really unlucky, you might even come across formal documents wherein lie unpleasant mutations with prepositions on the end, whereupon you should probably go to Google translate, which loves all that kind of stuff…

It only remains to thank all those of you who have read my ramblings during 2020 and wish you the happiest holidays you can have under the circumstances. I’ll be back with another English blog in January once we’ve all got over the hangovers. Until then, Merry Christmas and a Happy New Year!